Look out! A tornado is about! 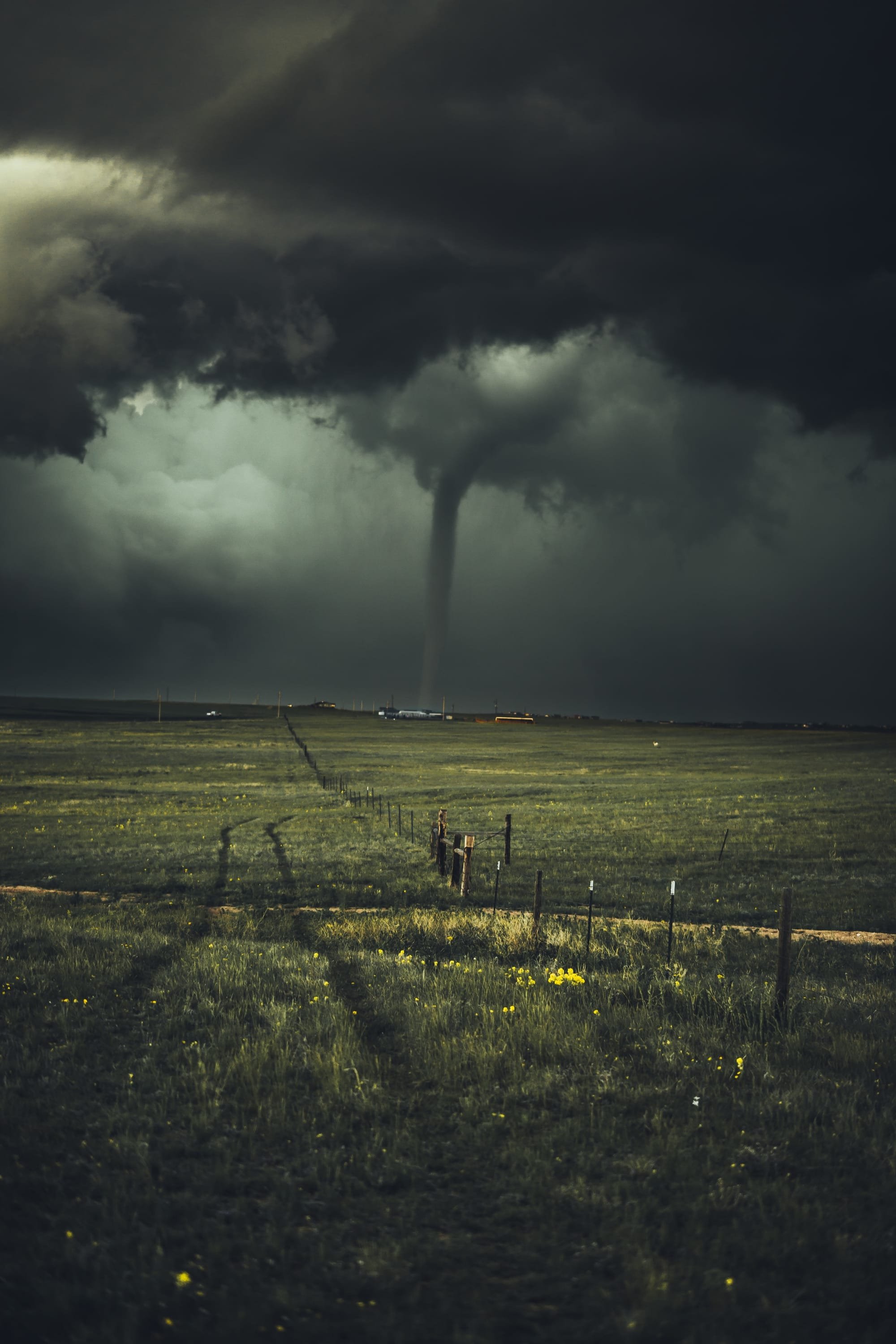 Tornadoes are impressive and terrifying. They are very dangerous. The danger of a tornado does not come from the speed they move forward over land, but from the speed the air moves around in a circle which can reach up to 250-300 miles per hour (think about that speed compared to how fast you drive in a car). 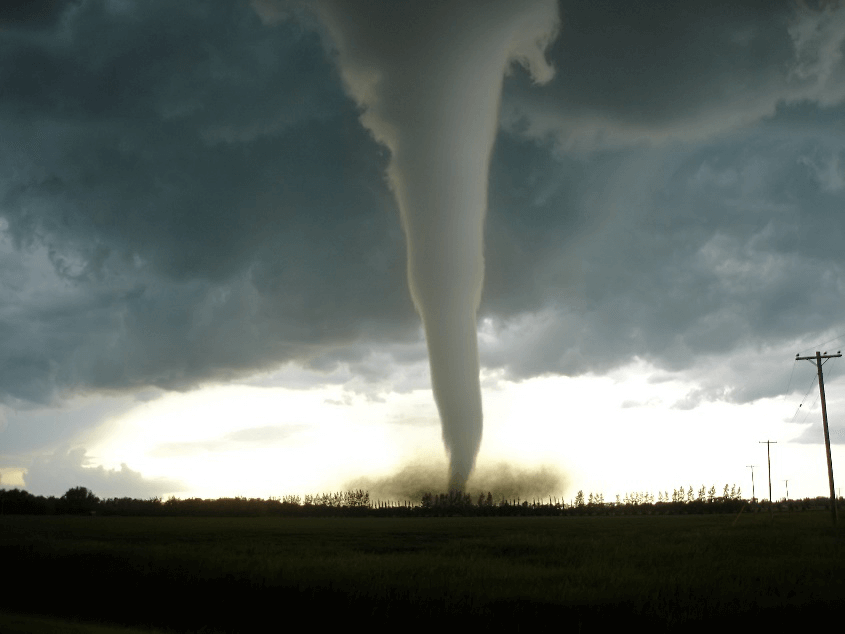 How do tornadoes form?

Tornadoes are a tall tunnel of rotating air between a thunderstorm in the sky and the ground below, made from fast circular winds.  A tornado can tear up everything in its path and it can sound like a loud freight train coming towards you. 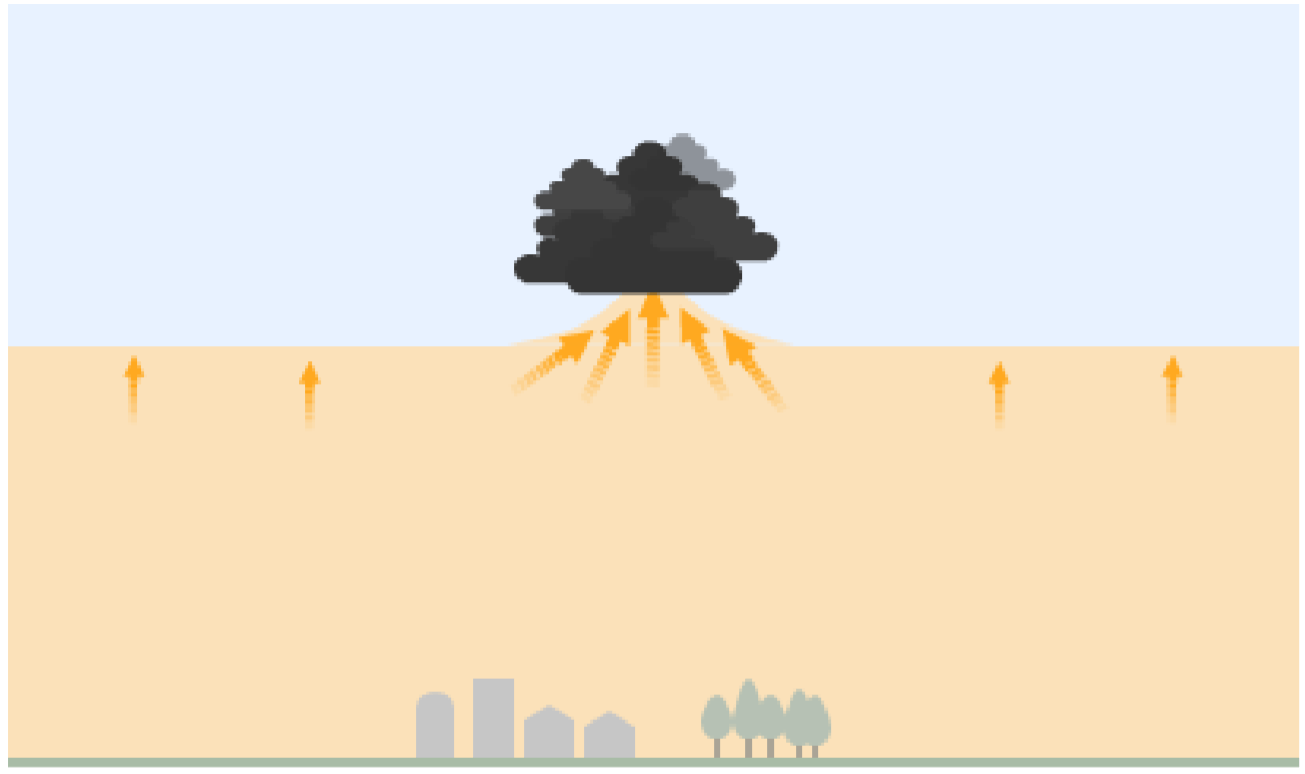 The draught, travelling upwards, will begin to rotate if winds vary sharply in a particular direction. Winds from different directions cause this rotation. The rotating draught, called a mesocycle, draws in more warm air from below and this increases the speed of its rotation.

Water from the moist air form a funnel cloud. The funnel of rotating air grows and eventually it drops down from the cloud to the ground, becoming a tornado. There can be rain, thunder and lightning too. 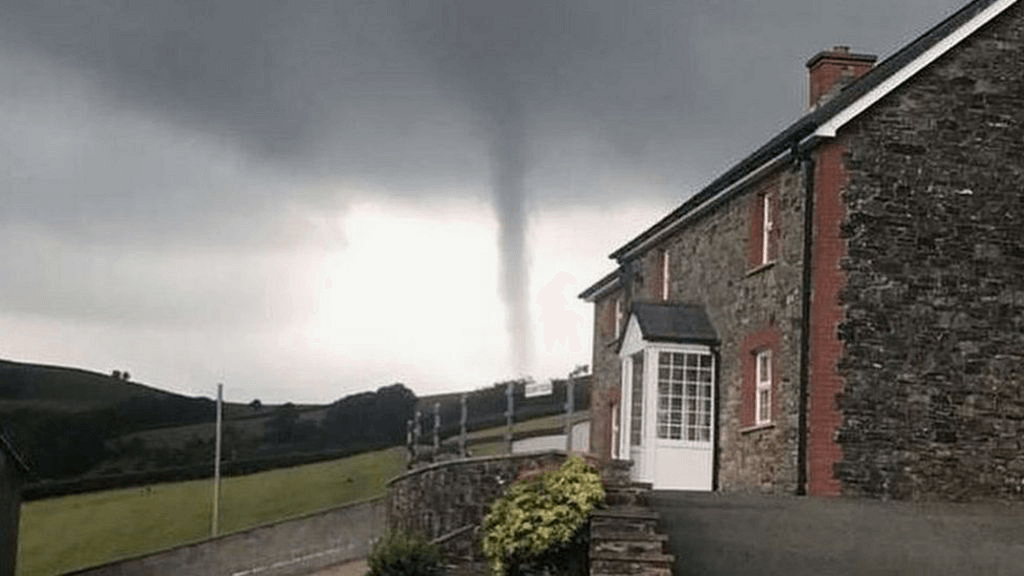 Information from the National Geographic post “Tornadoes, explained” and BBC News information sheet “How a tornado is formed”.

If you want to find out more, you can watch some videos here: