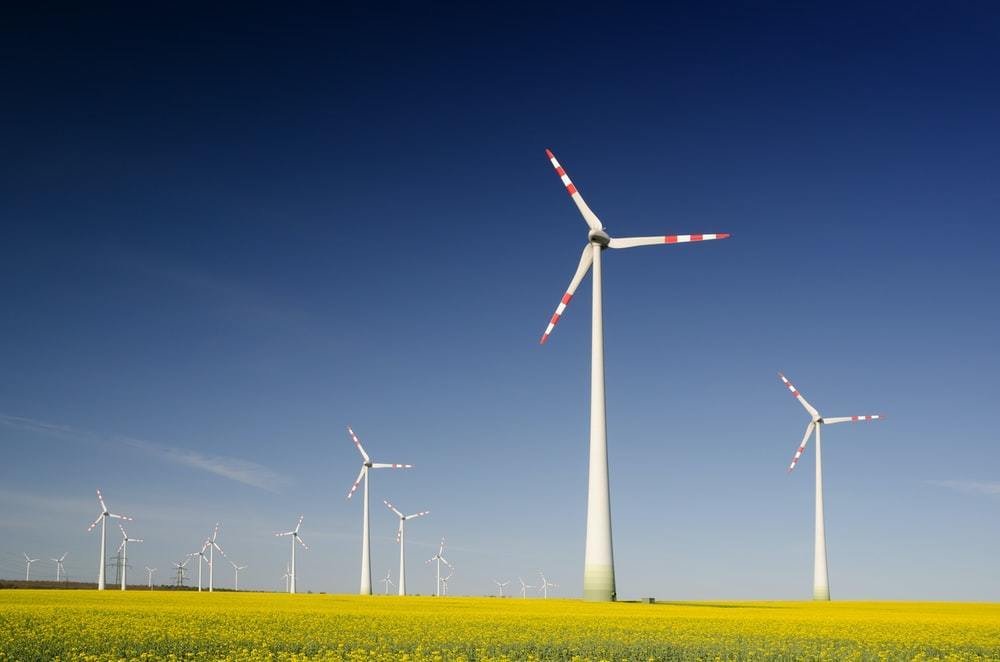 Open a window for a moment. Do you feel a light breeze on your skin? That's the air, the stuff we live and breath in, being blown by lots of different forces. The result of this is the wind!

Since air is everywhere on earth, so is the wind - though it is certainly windier in some places than others. Britain can get very windy because it's surrounded by big open spaces (the sea) which allows the wind to speed up as it travels. But places a little more isolated or protected by lots of tall objects - like trees in the Amazon rainforest - are not very windy at all. Similar to the solar energy discussed in a previous blog post, this means that some places are more suitable to try and take advantage of this wind energy than others.

But how do we take advantage of the wind? Well, since it's already blowing, what if we could put something in the way that would spin as the wind blows? The movement of this turbine can then go on to generate electricity. With a big wind turbine, you can generate more electricity! 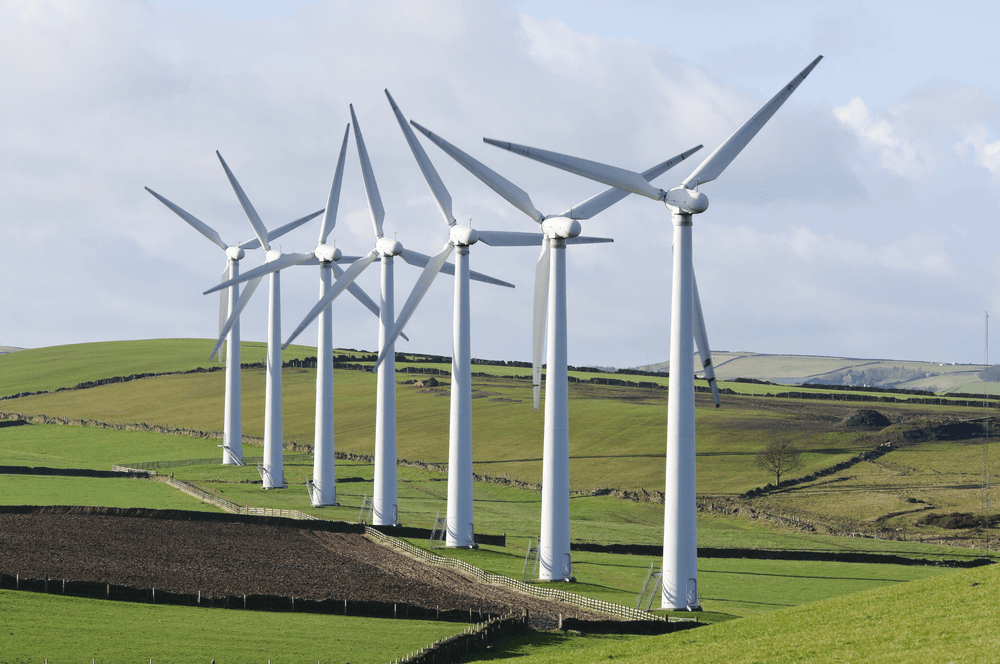 Windmills spin in the wind, turn a turbine which then generates electricity that we can use!This concept is not new. Before the invention of electricity, people used the power of a spinning windmill for lots of different purposes: like grinding wheat for flour or pumping and draining flood water to make room for farming. The most famous of these is of course the Dutch windmills, but they were prevalent elsewhere too! 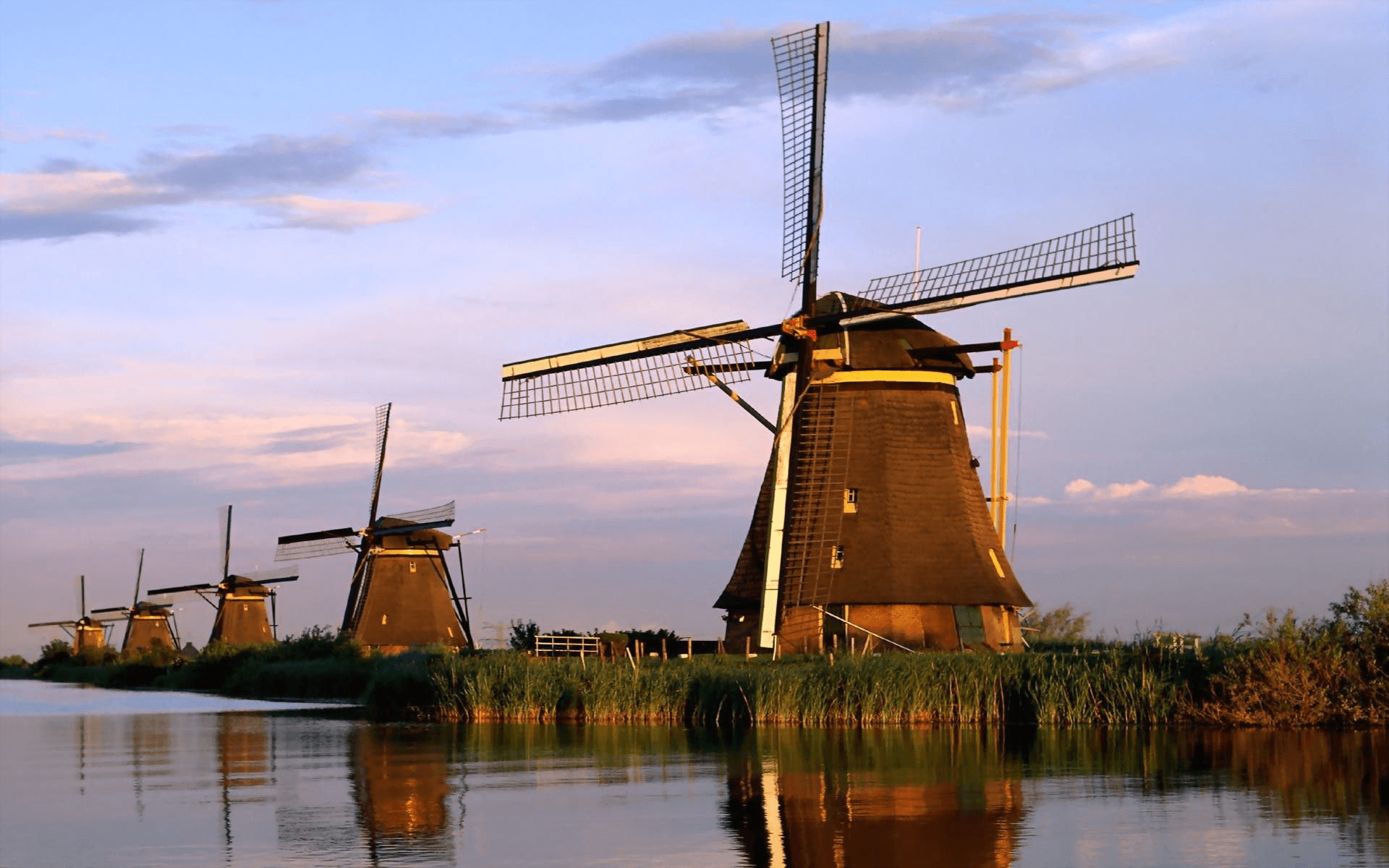 Dutch windmillsWind power is considered a renewable energy source unlike fossil fuels because we can't "use up" the wind, it will keep blowing regardless of whether we place a windmill in the way. It is also green, i.e. it doesn't produce those nasty greenhouse gases that cause climate change when the electricity is generated.

Oceans are the best place to build windmills because it's almost constantly windy out there, but as I'm sure you've seen we have them inland too. Wind turbines also need to be really big in order to convert wind into usable electricity! (warning: following photo might be a bit scary for anyone with vertigo). 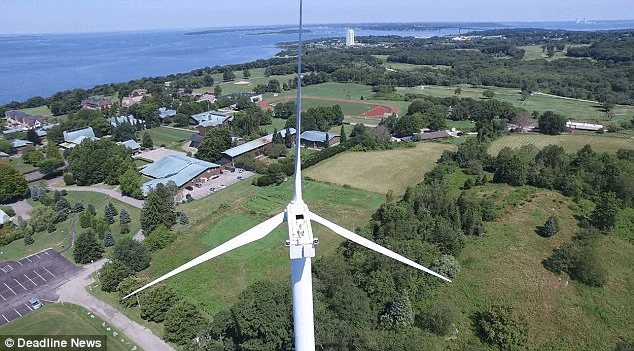 Can you see the man sunbathing? Please note that this is very dangerous!Can you think of the big downside to windmills? (Hint: it's to do with their ability to generate constant electricity).

In this experiment we're going to produce our own windmill, called an anemometer - a device used to measure wind speed. We will also need to calibrate it.

For this, you will need the following:

Making the anemometer (see below for image) 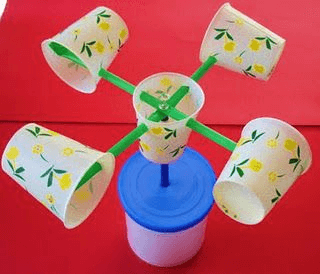 A finished anemometer
Have a play with it! Are you able to capture the wind....?

Calibrating for some experiments

Be very careful during this exercise.

Did you know: Earth is not the only place with wind. As long as you have an atmosphere, you can have wind! That means the sun, and lots of planets in the solar system (and beyond) have wind. The windiest place in the solar system is Neptune, where windspeeds can reach 1200 mph, almost twice the sound barrier! I think your anemometer would be blown apart on Neptune.

Ideas and concepts for the anemometer were taken from https://www.education.com/science-fair/article/make-anemometer/